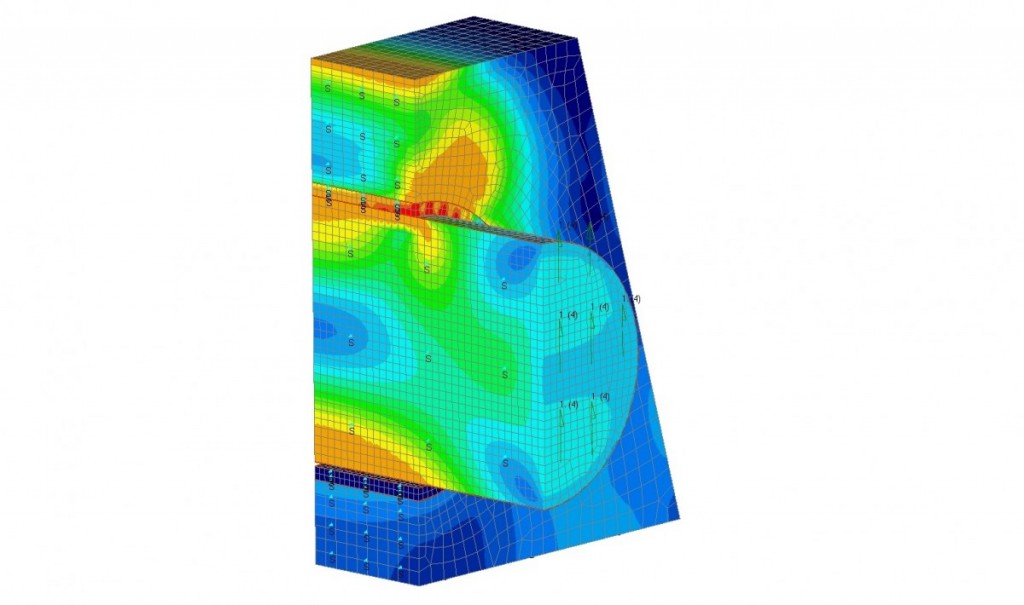 Goal: A padeye calculation to check the effect of the use of a relatively weak bushing in an over sized padeye hole. The effect of this configuration on the bushing and on the padeye were to be checked. The padeye had a lifting capacity of 1200t.

Result: A padeye calculation was made in Femap. The advanced non-linear contact analysis showed that the bushing was yielding while the load distribution in the padeye remained acceptable. This was exactly the result that was hoped for. The fact that the bushing would yield was already predicted, but yielding of the padeye itself was not allowed.