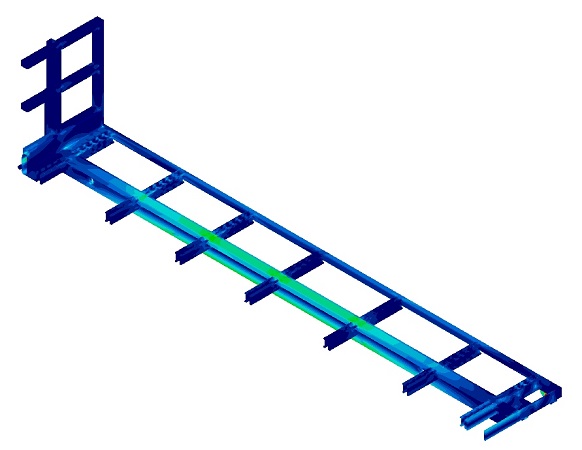 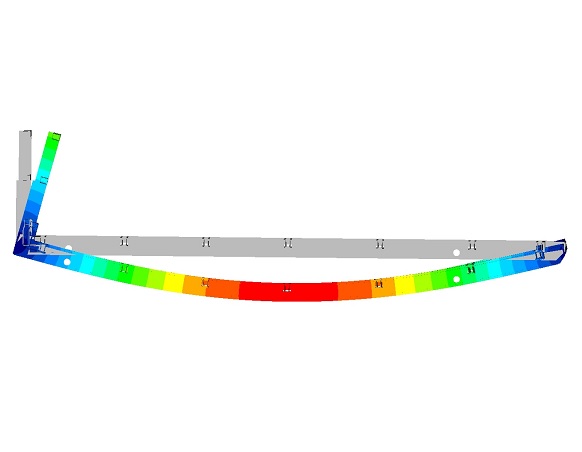 Goal: Check the stresses and deformations in a transport frame that is used to transport pre-fab concrete walls by means of FEM. The transport frames are used for internal transport in the factory and for the subsequent road transport. Several load cases are considered.